Food Plan 2.0: The Power Of The Refeed

By jatlas | Nutrition | No Comments

You’ve been working out hard.  You’ve been focusing on your food harder, every day seeing results.

Then it happens.  A craving.  The need for something from ‘the good ol’ days’, back when you could eat a piece of cake without worrying about things like gluten or dairy.

Back to the days of innocence. 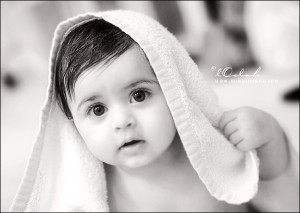 But don’t fret, anxious warrior.  There is a way for you to sample the ‘forbidden fruits’ and actually benefit from your indulgence.

It’s called a ‘refeed meal’ and it’s essentially a body hack, tricking your body into thinking that it need to boost it’s metabolism to respond to the food intake you just consumed.  You see, the problem with most ‘diets’ is that they only work for a while because the body responds to them.  After 6-8 weeks the body tends to slow it’s own metabolism, meaning that you could be eating a lower amount of energy in your daily intake, but your body will eventually respond to lower it’s own metabolism to create a zero energy loss (ie you don’t burn any more fat even though you’re living on crackers and the smell of grapes).

Of course, the bodies survival mechanism combined with the delicious smells of your favorite foods, one part peer pressure and two parts the stress of work topped with a drink or two to loosen up your judgment/self-restraint, make for a binge-fest that is for most, simply a matter of time.

It shouldn’t be called a ‘refeed meal’, really – it should be called a ‘Metabolism Hack’.  But Refeed sounds so much more exciting, don’t you agree?  But of course, I should also explain this….

Why haven’t I been given license to do this yet?  Why couldn’t I start refeeding in week 1?

Calm down now.. no need to make a scene, alright?!

The refeed works only if two baselines have been established.

Essentially, if you’ve been working hard and have been stuck to the food plan for at least 6 weeks, then here’s your reward.  Think of the meal you’ve been missing.  It’s back in your grasp.  And you can have it and it will actually BENEFIT your weight loss.  It’s crazy I know, and it goes against everything you’ve heard before,, but it’s science.  and it’s proven.  I’ve seen it work time and time again.  As long as you follow the rules and work hard in class and be good with food when you’re being good, so you can be real bad when you’re being bad 🙂

Before your meal, complete an interval workout blast containing 5 sets of a 30 seconds on, 90 second rest.  take 10-15 minutes to warm up before doing these sets and 5 minutes to cool down.  The body will respond in two ways – 1) deadens the blood sugar response from any sugar you might eat soon after.  2) sends blood sugar (from your refeed meal) to the muscles to be stored as energy as opposed to the fat stores to be stored as fat.   This workout needs to 30 seconds of something intense – it can be riding a bike, sprinting down a pool or some kind of hill sprint.  Or even running up bleachers.  But it has to be intense.  we’re talking 100% effort for 30 seconds or you won’t get the muscle response we’re looking for and it won’t be as effective as we’re wanting.

Essentially, the energy goes to muscles and the muscle energy is much easier to burn than the multiple chemical processes it takes to break down fat into energy.  Think money in your wallet vs money in your parents account that you would have to ask permission for, wait for mum or dad to go to the bank, listen to their speech about responsible saving, etc etc etc… 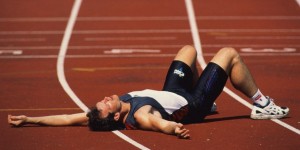 After your 5th set, you’ll want to feel kinda like this guy…

Just before your meal – fructose is bad, mmmkay?  But when used sparingly and in the right setting, it can dull the sugar response that would normally happen after consuming massive amounts of sugar.  This means your body doesn’t have much of an insulin response, which means you don’t have as much of a ‘fat storage alarm’ that sends the body into fat storage mode.

Just before your meal.  Stop complaining.  Do you want to eat your double chocolate fudge sundae or not?  That’s what I thought.  The purpose of this is to get the bodies digestive system moving as quick as possible – essentially, to have the body THINK it’s just taken in a bunch of energy so the metabolism bumps up and we are on the fat burning highway once again, but to then quickly ‘whisk it away’ before it has a chance to settle into the system and become thigh reserves.  So that’s two drinks you need to have just before your meal.  I might recommend just making them in the morning and taking them with you.  They don’t need to be hot or cold – just make sure you get your juice and digestive stimulant into you just before you dig in.

You’re about to ingest a bunch of carbs.  Balance it out ahead of time by having more eggs or protein than you would normally have at the start of the day.  Normally we’re looking for a balance of healthy fats, fiber, protein and carbs.  But in this case, you’re about to eat… well, who knows what’s in it.  Bundles of love, rainbows and rainbow brite sprinkles.  so let’s offset it with a guaranteed protein boost earlier in the day.

You’ve got a limited amount of time for this meal, so if you can, workout, hit the shower and go order.   If you do the workout in the morning then wait the rest of the day you’ll have lost the effect of the workout.  You can eat whatever you want as long as it’s in that 2 hour window and you’ve had your 2 drinks and high protein breakfast beforehand.

Your body will go through a reaction followed by a metabolic response followed by actual fat loss.  It’s a rollercoaster that you can put your body through about once every 7-10 days, now that you’ve been on the food plan for at least 6 weeks and have a body that you can push hard that won’t collapse in a heap the next day. 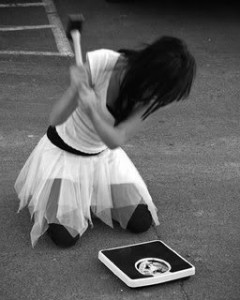 You get to sit down and eat whatever you want until your 2 hour window is over.  Bon Appetit.  With my blessing.  No guilt required.  But don’t take it home.  Think of it the same way you would that guy/girl you met at spring break – you know, the one that was fun to be with while you were there, but you knew that if your parents got to meet them that it would be more hassle than what it would be worth.

8) Drink a gallon of water throughout the day

You’re gonna want to do this anyway, because after a massive consumption of foods that are primarily irritants to the body (delicious irritants I will grant you, but irritants nonetheless) by drinking a large amount of water you’ll move them through and dilute their impact on your body.   From a scientific perspective, you’re gonna feel like crap.  So drink up!  I find a plastic gallon water bottle with pen marks on the side will allow you to schedule your water intake to get it done.

The result of about 2 years of research and consulting with different fat loss specialists, dietitians and nutritionists.  Don’t share it with friends.  They won’t understand and all they’ll hear is ‘I can eat whatever I want if I drink grape juice before my meal’.  Just smile and tell them it’s your reward meal for putting up with the awful trainers at Bonza Bodies Fitness 🙂

Some other non-related tips for eating the right foods in general during the week:

Foods with a weak flavor or smell are ones that we find it easier to eat less of.  Think bland soups, foods that don’t have large amounts of sugar, salt or spice to them.

If you go to a restaurant, order something you’ve never seen nor are you quite sure what it is (but that still looks healthy, of course).  Ratatouille, anyone?   Generally speaking, the more unfamiliar the food, the less likely we are to overindulge on it simply because our brain isn’t sure what to do with it.  Think about a meal you ate as a child (maybe thanksgiving) there are certain foods that have a psychological advantage over our puny willpower muscles.

Some general reminders for success:

Supplement Free Things To Do Every Day:

Eat your breakfast within 30 minutes to an hour of rising.

Glass of water before every meal or snack

Eat at least a fistful of protein with every meal.

Drink a glass of red wine after your dinner

Chew your food.  A lot.  The chewing process breaks down food and increases speed of digestion

Make every meal a mixture of vegetables, beans and high quality lean protein and make sure you have a small amount of fat in every meal (oil from cooking or add some avocado).

Use spicy and savory flavors on your food rather than sweet.

Don’t be afraid of fat, just get it from hormone free animal fat, olive oil, macadamia or coconut oil.  You can have up to ½ an avocado a day.

If you need a snack then either try to find a high protein snack or try to eat more protein in the preceding meal the next day (eg if you feel hungry after lunch, try eating more protein for lunch the next day)

Today is a new day, and later this week will be time for a meal that will have you feeling full and satisfied and happy with yourself.  It’s a new beginning.  Congratulations to you for being at this part on your journey. 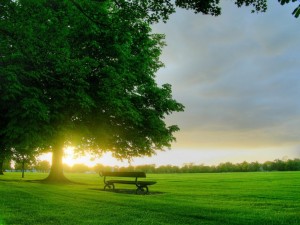